WHO WALKED THE PICKETLINE FOR 3 YEARS

NOT ONE MEMBER EVER CROSSED THE PICKET LINE ! 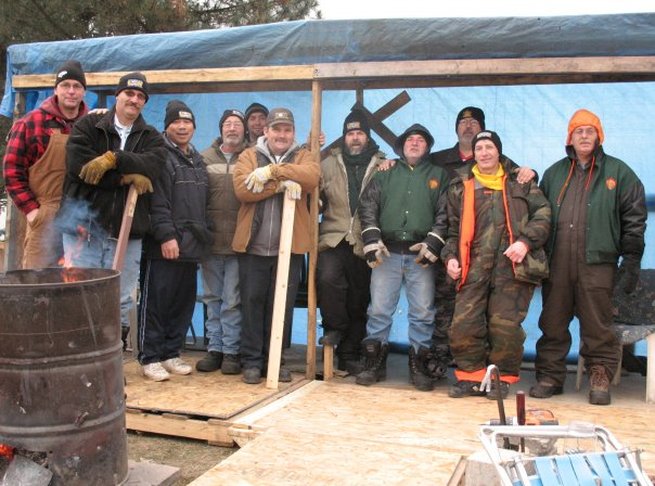 Engineered Coated Products was given the distinction of being classified  " The Worst Employer in Canada"  by OFL President Sid Ryan. ECP has tried to force feed a  25 % roll back in wages and benefits on  our union Brothers and Sisters in Brantford . They are also attacking  the defined Benefit Pension Plan for young workers just starting their working carers and attempting to freeze pensions  to those who are a  just a few years from retirement . Workers used  wages to buy these pensions entitlements . Now this American Company who outbid 8 other companies to buy this plant wants to back out of the deal ! SHAME  The local police and the courts have been no help as injunction after injunction, charge after trumped up charge they attempt to break this union.  All lobbying attempts to Local Politicians have to date fallen on deaf ears.  Liberal and Conservative members for Brant have done nothing for the workers . The only light at the end of the tunnel politically has been the Local   Brant Federal NDP candidate Marc Laferriere who has been a true champion and advocate for Strikers at ECP.

WATCH THE LATEST VIDEOS FROM THE PICKET LINE : TO KILL A UNION Parts 1 and 2

FOR THREE DAYS IN SEPT 2010 THE LABOUR MOVEMENT
IN ONTARIO WAS AGAIN ONE !

For a comprehensive clickable list of the event, pictures, news stories etc